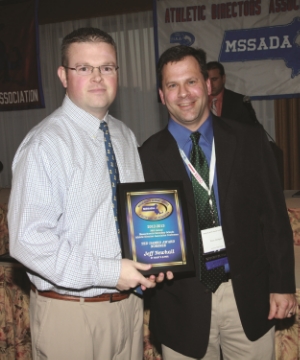 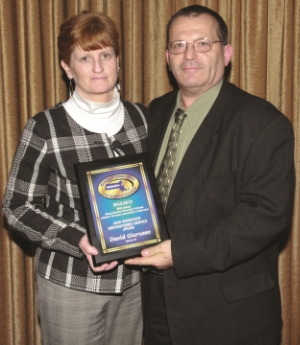 With the winter sports season having just concluded, the honors and plaudits are streaming in for student-athletes and coaches at St. Mary’s.

St. Mary’s volleyball coach and equipment manager Dave Giarusso received the Joao Rodrigues Distinguished Service Award from the Massachusetts Secondary Schools Athletic Administrators Association in recognition of his outstanding service and commitment to high school athletics. Giarusso wears many hats at St. Mary’s, including home events coordinator and van driver for away contests. He is an invaluable member of the athletic department and school community.